Gender Bias: A Barrier to Development and Advancement 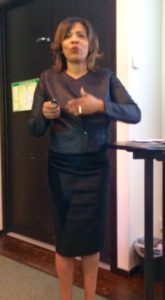 It was great to see so many KvinnoKpaital members get together at Scandic Anglais instead of deciding to enjoy the sunny day in nearby Humlegården last week. Not much of a surprise though, considering our eminent speaker, Angela Roseboro, head of Diversity and Inclusion at T. Rowe Price, as well as the exciting topic that she’d proposed to talk about, unconscious biases.

Angela started off by introducing herself in an engaging and personal manner. We learned that she is a woman driven as much by a passion for business as by a passion for diversity. It was easy to see why she – a mother of two daughters that are just about to enter the work force, would be extra passionate about gender diversity. We could all relate to her observation that although the world around us is changing rapidly, our attitudes are not really changing at the same speed and we all need to do something about it. “It takes a daunting 30 years for an organization to change”, Angela told us, “but an individual only needs two or three years”.

The issues that Angela proceeded to talk about after that, although backed up by a lot of studies, were not purely theoretical but rather the result of sixteen years of astute observations and working actively with gender diversity in a business environment. What is a bias? And why is it so difficult to break the pattern? By simple and personal examples as well as a short film Angela managed to not only explain, but also illustrate and make us feel how exclusion affects us. “Exclusion is personal”, was her conclusion, “and this is natural as it triggers the same point in the brain that physical pain does”. It is though from a business perspective that we should aim to reduce exclusion as could be very detrimental by limiting engagement and productivity.

So what could be done to reduce the effect of biases? Angela had a number of strategies for us to consider, both on a company and on a personal level. I do urge you all to read about those in her presentation (attached below). One idea was to be more proactive in making people aware of their biases as they usually don’t even realize that they are acting in a biased way. “Don’t be aggressive, ask them for permission to comment on their behavior”, was Angela’s advice as no one likes to get “caught out” and the normal reaction would be to deny it. “For women especially it’s an extra tight rope between being likeable and being respected”.

We talked also about the importance of networking and the way we should use a network. “Every woman needs to have her personal “board of directors””, urged Angela, “a group of people that know her well and can tell her when she’s wrong and support her in her important decisions”.

The lunch ended, alas all too soon, with a short exercise: we all wrote a short letter to ourselves about a single thing we want to change in our own behavior in the near future. I’m already looking forward to getting mine in the letterbox and working on this change. Going to a lecture about unconscious biases is not enough, acting on what you’ve learned is crucial if we are to change things for the better.

Many thanks to our members from T. Rowe Price, Selina and Linda, for organizing such a treat! 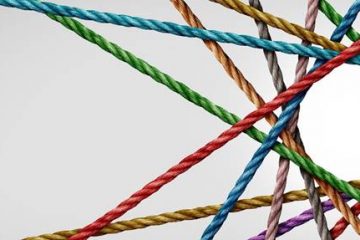 Diversity and Inclusion in the Investment Due Diligence Process

On the 20th of October KvinnoKapital, in cooperation with LGT Capital Partners and Impactus Partners held it’s first virtual event on the topic of “Diversity and Inclusion in the Investment Due Diligence Process”. After a Read more…

On March 9, KvinnoKapital together with Storebrand Asset Management had the privilege to arrange a lunch meeting to talk about “Top Tips for Business Success”. Thank you all for coming, so great to see close Read more…

Trend Spotting Breakfast – What does your future workplace look like?

On  Thursday 30 January, recruitment company Talents of Sweden, together with KvinnoKapital, invited our members to a breakfast meeting on the theme of the future workplaces After a round of presentations by the early bild Read more…